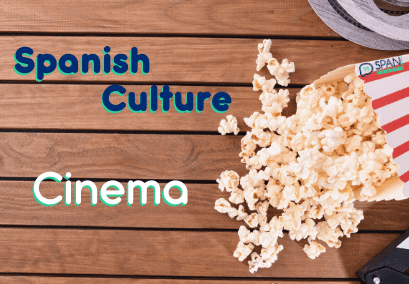 Hola a tod@s y bienvenid@s de nuevo a un blog sobre Cinema in Spanish. In this blog of Spanish Culture we are going to present some films in Spanish that will help you a lot to improve and practice your Spanish, at the same time that you spend a very very entertaining time! Studying a foreign language is difficult and requires effort, but there are always activities that help us learn that are much more fun and entertaining.

Everyone likes to watch movies. Today, we have all kinds of movies at our disposal: action, drama, comedy, science fiction, and so on.

Do you want to improve your Spanish and have fun at the same time?

Would you like to see great actors, actresses and directors of the Spanish-speaking world?

Let’s see examples of the best films for all tastes!

A police officer wants to find out what happened to her best friend who disappeared years ago in Patagonia. During the search he discovers that his own life is in danger.

This film by Pedro Almodovar, tells the story of a consecrated film director, with health problems and in the midst of a creative crisis, finds inspiration in a place as familiar as it is unexpected. Above all, the film was nominated for an Oscar and has had wide public and critical support.

A mother travels to Patagonia with her autistic son in search of a wildlife guard and wild killer whales to help the little one find an emotional connection. After that it is a very emotional film that brings us closer to thousands of real stories that happen today.

In this historical film we see the story that takes place in a Nazi concentration camp, where a Catalan prisoner steals the photographic negatives of the atrocities committed there. It’s based on real events. In conclussion, events tragically lived by hundreds of people during World War II.

In this film there is a mix between feelings, work and personal stories. Four partners put aside their sense of loyalty in a tense night during which they will have no mercy to decide who will pay for the crime they have committed.

Now you have no excuse, if you want to watch movies in Spanish, there’s a movie for you!

In conclusion, after these tips and the different films options that I have presented to you. I can only wish you have a fun time. Do not forget that every learning and improvement process takes time. So if you are constant you will reach your goals very quickly.

Find out everything about our Spanish courses for you.